CD Projekt revealed that Cyberpunk 2077 sold more than 13.7 million copies by the end of 2020. Let us remind you that the title was released on December 10, which means that just within its launch month it sold this huge number of copies.

Also, CD Projekt announced that they refund only 30,000 copies of Cyberpunk 2077

It was developed by a team of 530 people. In total, more than 5,200 people participated in the project. Just to translate the game in 11 languages they're needed 2000 voice actors.

The percentage of units sold by platform platform was revealed and you can see them below: 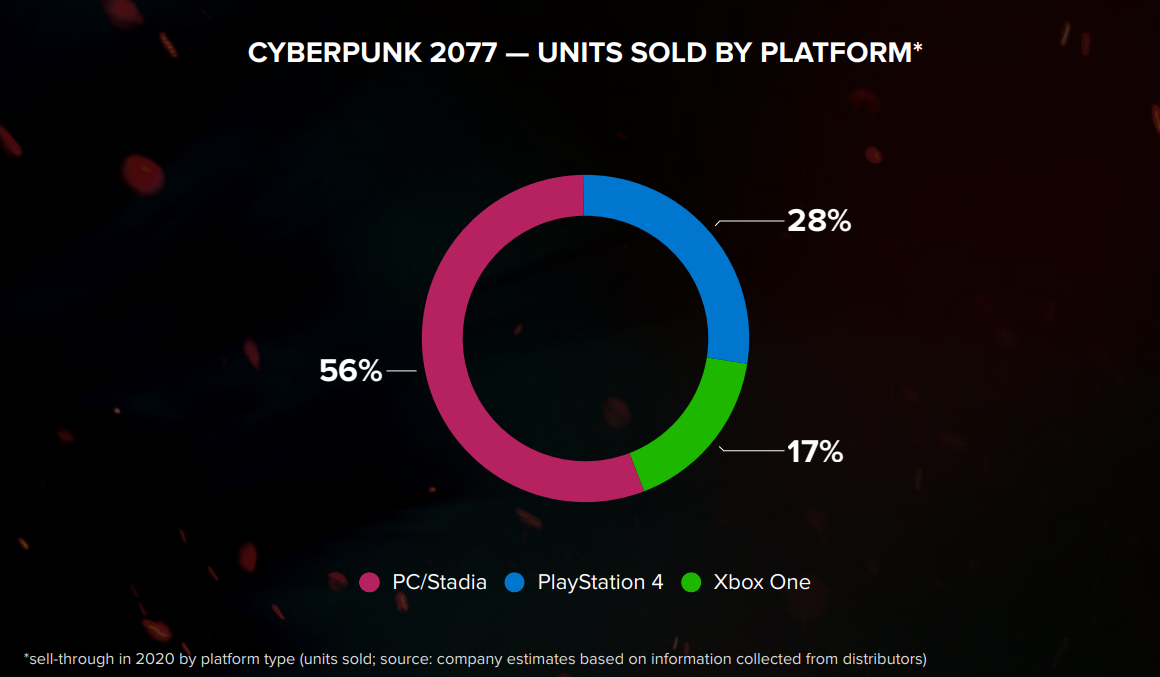